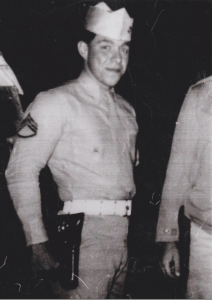 Shortly after North Korea invaded South Korea in 1950, General Douglas MacArthur called for a Division of Marines to mount an invasion at Inchon Harbor. When told the Marines didn’t have a Division, he said “Call up the Reserves”! I got the message by radio to report to active duty at our unit in Pearl Harbor. I was 19 years old.

After a week or so, we boarded a MATS sea-plane equipped with JATO bottles under the wings… Jet-Assisted-Take-Off was the extra power needed to get the plane into the air. We all sat on the floor, back to front, legs crossed, leaning on the guy in front. The sound was deafening and scary. When the jet-packs activated, we all thought the engines had blown up. We landed after the 10-hour flight and were bussed to Camp Pendleton where the lieutenant in charge of us was asked: “how many warm bodies do you have?” We were there for two weeks; there was no boot camp for us. Then we boarded ship in San Diego, headed for Korea.

The 1st and 5th Marines had already made the Inchon landing; our 7th Marine Reserve Unit was backup. We arrived at Inchon harbor at night; it was pitch black, no lights in the city. We went over the side of the ship on cargo nets into landing craft. When we pulled up to the dock, we saw wounded Marines being loaded onto landing craft, heading out to the hospital ship. Then we knew … this was a real war.

We were deployed outside Seoul, in the northwest sector. We were told to dig in along the trails, thinking the North Koreans would travel along that trail. The first night was a little weird; as you looked out from the foxhole, you could see the moonlight dance between the leaves in the trees and in your mind, you just knew a Korean was out there hiding. But it was just the eyes and the mind playing tricks.

There was house to house fighting in Seoul; our progress was slow because this was our first fight and we did not know much about this kind of a fight … or any kind of fighting.

We ate our “C” rations sitting on the streets. There were bodies of dead Koreans there, covered with a woven mat-like material. The first one that I saw was an old man sitting in the street with his right hand on the wheel of a wagon. His eyes were open, and he had a bullet hole in the center of his forehead. I smoked the Lucky Strike cigarette from my C ration. We were at war in Korea.

Soon we were ordered to pull out to the outskirts of Seoul because our artillery was going to drop shells on the city. Our unit was to move out to a new location; there were Koreans on the road, a few of them had burp guns. The World War II Marines in the unit took the guns and turned the guys to the back of the column … after they kicked the North Koreans’ butts. We moved with caution up Hill No. 168.

I was in the open, directing mortar fire when the enemy on a higher hill, opened fire with small arms. I rolled over on my stomach and was hit

in the right heel. My boot flared out at the heel; I made my way down the hill and a corpsman put a helmet cover on my foot. The Marines were taking a beating; the wounded were evacuated to a MASH (Mobile Army Surgical Hospital) unit. I could see the military doctor trying to save a Marine but about five minutes later he covered the Marine with a white sheet. The wounded were flown from Korea to the Yokuska Hospital in Japan. I was given a “flying twenty dollar bill”; no more money was given out until your pay records caught up with you.

Earlier we had been told there was no need for winter boots or winter socks. “You will be back home for Christmas” was the official word. However, when we returned to Korea from Japan in November, winter was setting in and the ground was frozen. We were issued wind-breaker trousers and a parka coat but no socks or boots. Our gloves were so thick they were in three sections: one for the trigger finger, one for the thumb, and the third for the other three fingers. We slept with our boots on and M-1 rifle tucked into the sleeping bag to keep them from freezing. The sleeping bags were zipped up halfway, the parkas covered the opening with our faces covered with the hood of the parkas.

As we advanced toward the Chosin Reservoir, there were sporadic firefights and skirmishes with the enemy. We had been told that 140,000 Chinese troops were hiding during the day and would attack at night. They hit us on the night of November 27. They wanted to silence our 105mm canons. We could hear the enemy crawling in the grass and weeds. We threw our hand grenades toward the sounds; there would be silence and then we could hear them crawling again. We did not fire our rifles at this time; that would have given away our position.

We regrouped at the bottom of the hill; we were lying down on our stomachs in a skirmish line. The Chinese were coming up on the other side of the hill; the moon was full and behind them. As we began our advance up the hill, we could see them clearly in the moonlight. At one point, I paused to reload my M-1 rifle and when I looked up, there was a Chinese soldier coming at me. I yelled “get him, Charles!” and Charles did. It was an all-night fight; next morning the hill was covered with their dead and ours.

Many of us wondered what drove those Chinese soldiers to keep pouring over the hill into certain death. Were they on drugs … or just brain- washed into that kind of action? I have to say, that although they were our enemy, I have respect for them being the kind of soldiers they were.

When it became obvious our troops would have to push their way south to the ships docked at Wasong Harbor (“RETREAT HELL… WE’RE JUST FIGHTING IN A DIFFERENT DIRECTION”), I saw our dead on trucks, their bodies frozen and laid in different positions, being delivered to the final location. I was tagged as a casualty; I could hardly walk due to ulcers on both feet. At Hamhung, I got on a plane with other wounded and flew to Japan. It was a wonderful feeling to have heat, a good night’s sleep and hot food. God bless America. 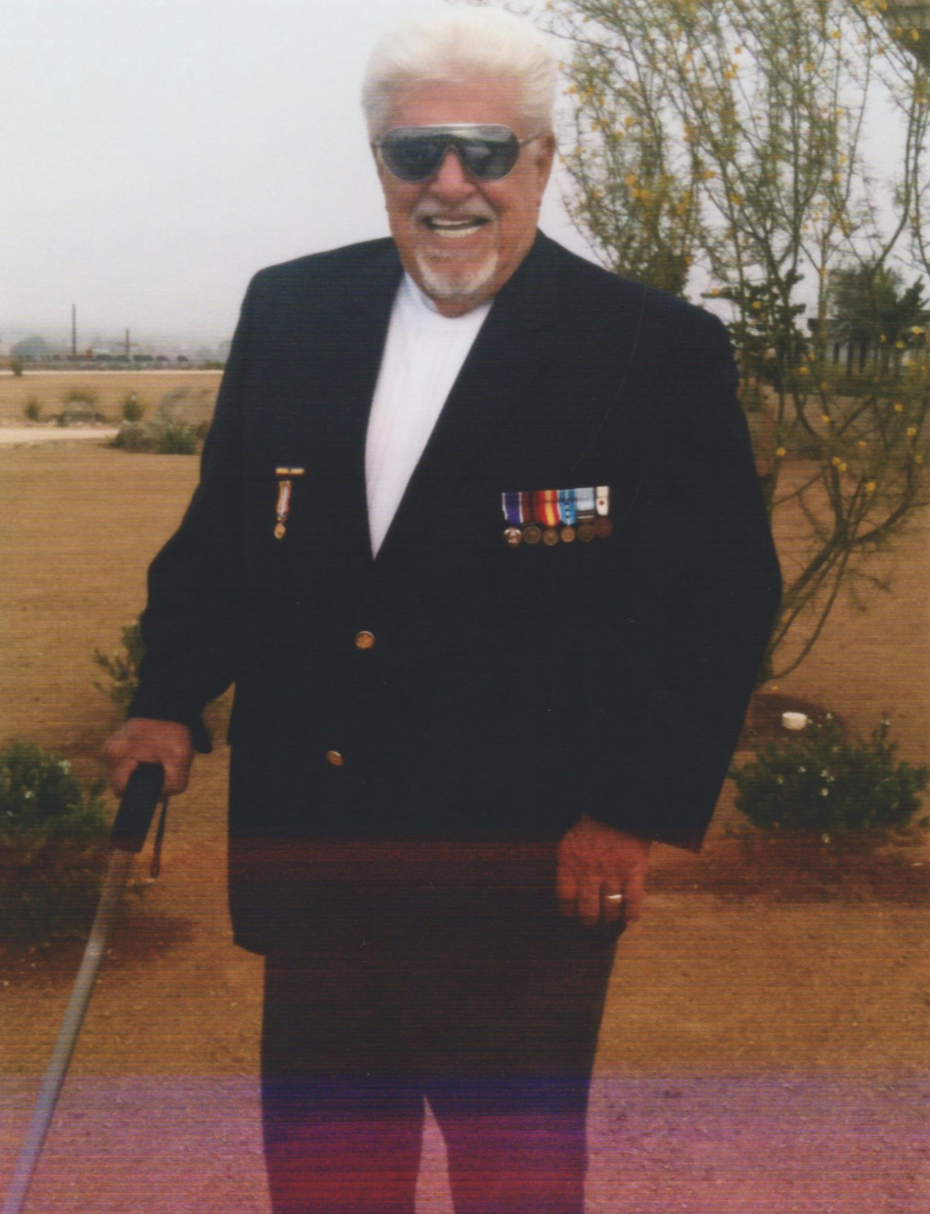 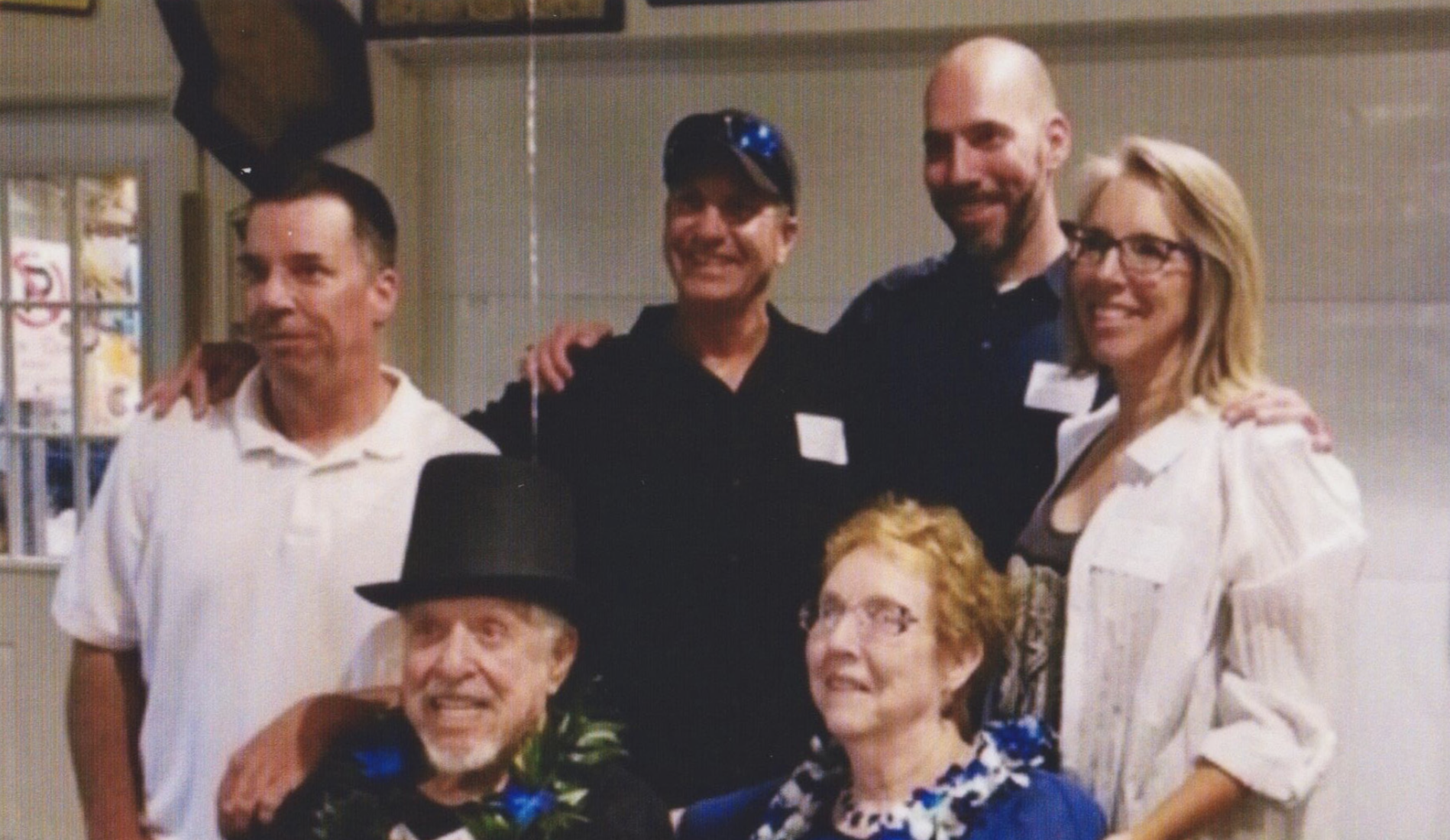 Your ticket for the: MY KOREA EXPERIENCE – Ray Huecker