MY GRANDFATHER AND ME IN KOREA: OUR TIME IN KOREA WAS WORTH IT

The story is somewhat short, as we only have a few details. My grandfather, PFC David U. Law, was a mortarman with Headquarters and Headquarters Company, 116th Infantry Regiment, 45th Infantry Division during the last months of the Korean War. One week prior to the cease fire, a North Korean rocket barrage landed on his position and killed his mortar section. He survived, but the Mobile Army Surgical Hospital (MASH) unit he was initially sent to (unknown) had to pry his helmet out of his skull from the impact. He spent some time at the 121st Combat Support Hospital (CSH) and in Japan before returning home. If it weren’t for the docs in that unknown MASH unit, my grandfather would not have survived. He never spoke of his time in Korea. My father, aunts, and uncles still have no idea what happened to him over there beyond what I’ve been able to find out from the National Archives. I set foot in Korea almost 60 years to the day later as a Captain in the U.S. Army and proudly served the Korean people and the U.S. for three years after that. I can only think of the sacrifice of those men, the skill of the doctors in the MASH unit, the 121st, and the generosity and camaraderie that I felt during my time in Korea to know that both his time in the war and my time as part of USFK were worth it. 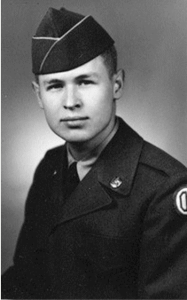 Your ticket for the: MY GRANDFATHER AND ME IN KOREA: OUR TIME IN KOREA WAS WORTH IT

MY GRANDFATHER AND ME IN KOREA: OUR TIME IN KOREA WAS WORTH IT