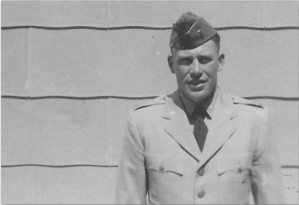 The Korean War was the first major salvo of the Cold War, which lasted from 1947 to 1991. During the entirety of the Cold War, American military men and women have served the South Korean people. Under the United Nations flag flown by the United Nations Command (UNC), peaceful conditions through an armistice have been earned and maintained for nearly 70 years. Two of these Cold Warriors are father and son, and both served the South Korean people. This is the story of 1st Lt. Harold “Harry” Malnes, U.S. Air Force, and Sgt. Brian Malnes, U.S. Army.

Harry joined the service in 1951 and rose to the rank of 1st Lieutenant in the U.S. Air Force. His service included direct support for the Korean War as an Air Intercept Controller. Although Harry did not serve in South Korea during the war, he received the Occupation

Medal and the National Defense Service Medal for being a part of the mobilization of men and materiel for the war effort.

After the Korean War, Harry spent the remainder of his military service in West Germany with the 10th Tactical Reconnaissance Wing. The Wing was established at the beginning of the Cold War in 1947 as a tactical reconnaissance and weather observation unit. The 10th Tac-Recon Wing evolved to include day and night, and multi- sensor capabilities. Today, the unit is designated as the 10th Air Base Wing and is the host wing for the United States Air Force Academy. 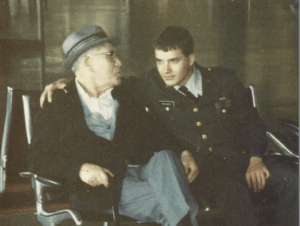 Brian was raised during the Cold War to believe in service and country. His father, Harry, instilled in him the value of giving oneself for something greater. That greater calling brought Brian to the United States Army in 1985. The Cold War was at its peak, and nowhere were the tensions higher than on the Demilitarized Zone (DMZ) that separates the two Koreas. Brian’s first duty assignment was with the 2nd Infantry Division, where he volunteered to serve in the Western Corridor with the 4th Squadron, 7th Cavalry Regiment.

The 4th Squadron, 7th Cavalry Regiment was responsible for accomplishing reconnaissance and security missions and engaging in offensive, defensive and retrograde operations on the DMZ. While assigned as the divisional cavalry squadron, the 4-7th Cavalry was the “eyes and ears” of the 2nd Infantry Division. Part of Brian’s job as an ImJin Scout was to do patrols on the DMZ and reaction force operations of which he did over 20.

Brian’s service in South Korea has had a lasting effect on his life. It was with great honor that Brian guarded the peace in the Joint Security Area, and along the 155 miles that make up the DMZ between the Koreas. After his tour in South Korea, Brian returned to finish his regular Army service at Fort Carson in Colorado. Brian reached the rank of Sergeant in the Washington National Guard.

The Cold War ignited into the Korean War, and with it the need for the UNC. And when the Cold War ended in 1991, it could be argued that the DMZ between the Koreas was the most dangerous place on earth. The end of the Cold War did not end the need of the UNC. That will only be achieved through unification. Until then, I believe in the UNC and my brothers and sisters in the ROK Army to keep the peace on the Korean Peninsula.

Today, the father and son Cold Warriors enjoy peace and harmony. They have earned that peace, along with the millions of people across the globe who would stand against the ills of humanity. Today, the Cold Warriors can take solace in the fact that their service has not been forgotten. And will never be lost to time. 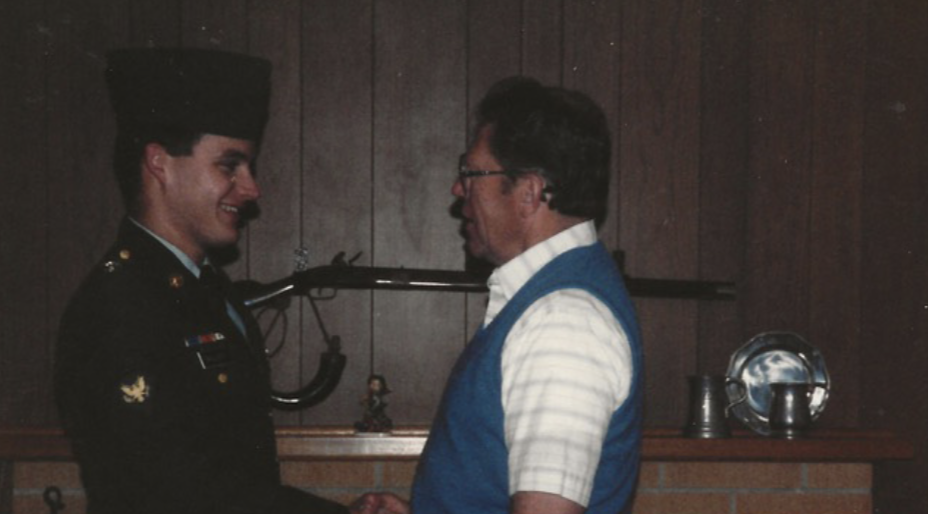 Your ticket for the: COLD WARRIORS: American Father and Son Serving the Korean People