I Don’t Hate Nobody Because Life Is So Short 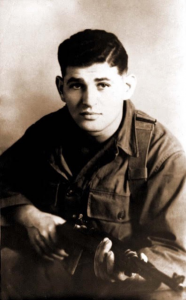 He survived more than a year in a Nazi concentration camp, was awarded the Medal of Honor for actions in Korea, endured thirty 30 months as a Chinese POW, and upon his release, became a U.S. citizen.

Arriving in America in 1948 after surviving the horrors of 14 months at Mauthausen concentration camp, Tibor “Ted” Rubin worked odd jobs, made friends, and repeatedly tried to enlist in the U.S. Army. But his English wasn’t good enough.

In 1950, however, he got his lucky break. With a little “unofficial” help from a few American buddies, he passed the English language test, was admitted into the Army, and was soon on his way to Korea.

As a member of I Company, 8th Cavalry Regiment, First Cavalry Division, PFC Rubin fell under the wrath of his company First Sergeant, a man described by fellow Soldiers as an “extreme anti-Semite.” The ruthless Staff NCO, who made no qualms about verbally assaulting the 21-year-old PFC and giving him the company’s worst jobs, frequently “volunteered” him for dangerous and seemingly impossible missions.

“He would send me to the most difficult positions so that I would be killed,” Rubin recalled. “It scared the hell out of me. I couldn’t even hold my rifle, but I still went.”

On July 23, 1950, Rubin’s sadistic First Sergeant sent him on what many would later say was a suicide mission. With his company in retreat, Rubin, now a corporal, was ordered to stay behind and defend a vital hilltop. Alone and without support from other units, Rubin was hit by an overwhelming North Korean force. 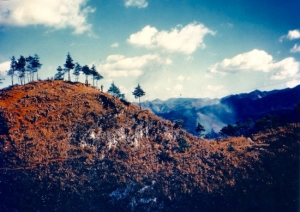 “There were so many, they looked like ants,” Rubin recalled in an MOH (Medal of Honor) video. “I didn’t have too much time to get scared, so I went crazy. I was like a machine, a robot. I ran around to every foxhole on the hill and started throwing hand grenades and shooting my rifle to make as much noise as possible so the North Koreans would think they were fighting more than one person.”

According to his Medal of Honor citation, “He inflicted a staggering number of casualties on the attacking force during his personal 24-hour battle, single-handedly slowing the enemy advance and allowing the 8th Cavalry Regiment to complete its withdrawal.”

But his First Sgt. was not impressed. Despite the fact that Rubin had been recommended for the Medal of Honor, the enraged Staff NCO refused to submit the paperwork and would repeatedly “misplace” every recommendation (Medal of Honor, Distinguished Service Cross, and Silver Star) that Rubin was nominated for.

By October 1950, with the North Koreans retreating and the Americans advancing deep into enemy territory, the war appeared to be all but over. The Chinese, however, had other ideas.

Sneaking across the North Korean border during October and November, tens of thousands of Chinese unleashed a massive offensive against U.S. forces in North Korea. In what became known as the Battle of Unsan, two Chinese divisions attacked the 8th Cavalry Regiment.

Outnumbered and outgunned, Rubin and hundreds of American soldiers were surrounded, taken prisoner, and marched for weeks to the camp they would forever call “Death Valley.”

Over the next 30 months, Rubin and his fellow prisoners endured the barbaric conditions of the remote camp located in the remote mountains of North Korea. Suffering from extreme cold, deprivation, and physical and mental torture, men starved to death, succumbed to disease and exposure, and simply lost the will to live.

Rubin, however, never lost hope. He became a beacon of optimism and strength for all the men in the camp. Frequently risking his life to steal food and medicine, the seemingly fearless corporal raised the morale of the prisoners and saved the lives of 40 men.

“He’d go out of his way . . . to help us survive,” fellow inmate Leo Cormier said. “He saved a lot of GI’s lives. He gave [us] courage to go on living when a lot of guys didn’t make it. He saved my life when I could have laid in a ditch and died — I was nothing but flesh and bones.”

James Bourgeois remembers Rubin boiling snow and using the steaming water to clean his wounds and bandages. “At one time my wounds got so infected he put maggots in them to prevent gangrene from setting in. [He] not only saved my left arm — which I have full use of today — but also my life.”

Rubin’s nightmare of Chinese captivity came to an end in 1953 when the 23-year-old corporal and countless other emaciated, sick, and wounded Americans were repatriated during “Operation Little Switch,” an exchange of prisoners from April 20 to May 3, 1953.

His release and reunion with his family back home, however, was bittersweet. Recalling his buddies that perished, he told Soldiers Magazine, “Some of them gave up, and some of them prayed to be taken.”

When asked years later about his feelings toward those who had imprisoned him during the Holocaust and Korean War, he replied, “I don’t hate nobody because life is so short. If you feel hate for your fellow man, you’ll only hurt yourself.” 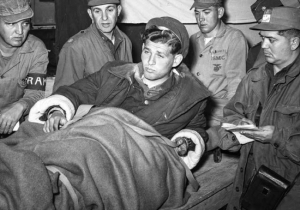 To read the full story of Tibor Rubin’s life and how he became the only Holocaust survivor to be awarded the Medal of Honor, visit: http://nedforney.com/index.php/2020/06/22/tibor-rubin-holocaust-korean-war-pow-medal-of-honor/

Ned Forney is a Marine veteran, career educator, and grandson of the late Colonel Edward H. Forney, USMC, the evacuation control officer at Hungnam in December 1950.  He is currently working on a non-fiction book about the Battle of Chosin (Changjin) Reservoir and Hungnam Evacuation, the largest U.S. military amphibious evacuation of civilians, under combat conditions, in American history.

See this and other stories of our Veterans in KDVA’s “I Know a Korean War Veteran Campaign” webpage at https://kdva.vet/i-know-a-korean-war-veteran-campaign/.

Your ticket for the: I Don’t Hate Nobody Because Life Is So Short

I Don’t Hate Nobody Because Life Is So Short