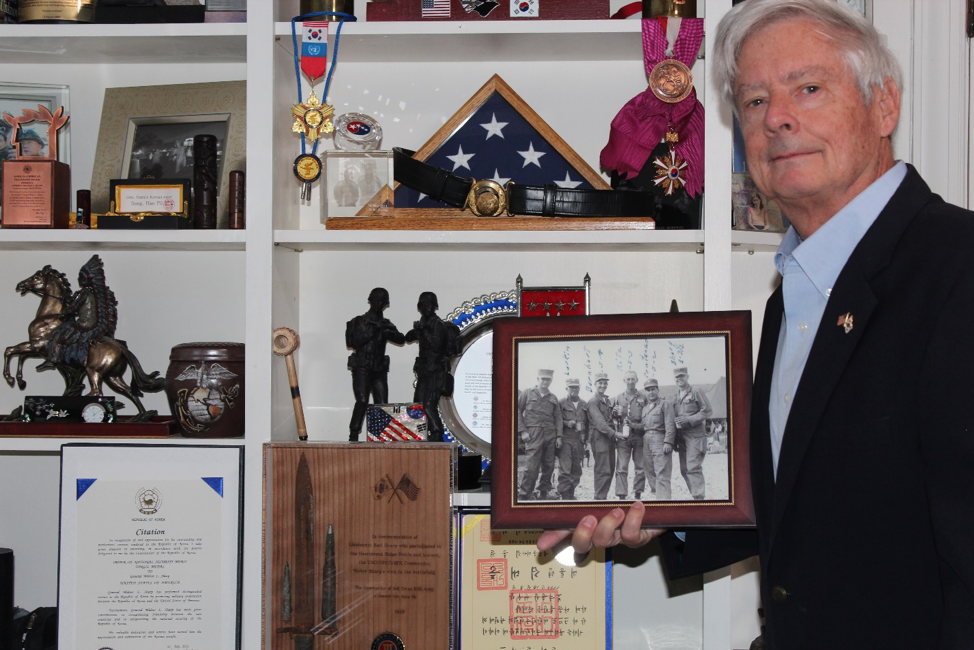 Photo Caption: Gen. (Ret.) Walter Sharp is holding a picture of his father, then-Lieutenant Earl “Bill” Sharp (who is on the right), with the 40th Infantry Division during the Korean War in 1952 to 1953.  Bill Sharp ended his 28-year military career, retiring as a Cavalry Colonel and inspiring his son to follow in his footsteps. General Sharp started his Army career at West Point and ended in 2011 as the 4-star commander of United Nations Command (UNC), Combined Forces Command (CFC), and U.S. Forces Korea (USFK).

Shortly after graduating from the University of West Virginia and receiving his commission as a 2nd Lieutenant, Earl “Bill” Sharp joined the 40th Infantry Division during the Korean War in 1952. In 1953, Lieutenant Sharp returned home to his wife and his new son, Walter “Skip” Sharp, who had been born while he was fighting in Korea. Then-Lieutenant Sharp would pursue a 28-year military career, retiring as a Cavalry Colonel and inspiring his son to follow in his footsteps. Skip Sharp entered West Point and graduated in 1974, launching what would become a 37-year military career and ultimately retiring as a 4-star General in 2011. When General Sharp was set to deploy for Operation Desert Storm in the early 1990s, his father emphasized the importance of taking care of his troops thru tough realistic training and trusting his subordinates. Still, his father did not fully breach the topic of his wartime experiences.

General Sharp was first stationed in Korea between 1996 and 1998. General Sharp received his promotion from Colonel to Brigadier General and his parents, who had attended every promotion since West Point, joined him for a short visit in Korea. The trip held special meaning for his father because it was the first time he set foot on Korean soil since the Korean War. General Sharp reflected, “He really was amazed and pleased to see how much Korea has progressed and said several times ‘The sacrifices of the Korean War were worth it’.” Unfortunately, Colonel Sharp passed away in 2006 before he could see his son earn his fourth star and return to Korea for his dream final job in the Army as the commander of United Nations Command (UNC), Combined Forces Command (CFC), and U.S. Forces Korea (USFK) from 2008 until his retirement in 2011.

This tour as the 4-star commander in Korea gave General Sharp the opportunity to visit the location where his father fought, an experience he wishes he could have shared with him. His Deputy CFC Commander, General Jung, Seong Jo, mobilized Korean historians to help identify the locations where his father served in the Heartbreak Ridge-to-Punchbowl area in late 1952 and early 1953. General Jung also arranged for General Sharp and his wife to visit the battlefield as well as receive a briefing from the unit stationed in that area. Even though his father could not join him to revisit the battlefield, being able to do so was still a special moment for General Sharp, especially because his father never talked about his experiences in any detail. General Sharp remembered, “There were times when he would talk about how cold it was, the coldest he was ever in his life.” Besides these little snippets of information, much of Co lonel Sharp’s service was shrouded in mystery.

It wasn’t until several years after his father passed away that General Sharp would learn more about his father’s experiences in Korea and Vietnam. When the family stumbled across a cedar chest containing photos and military records, General Sharp described finding such a chest as “pretty emotional.” Like many veterans from the Korean War, his father closely guarded his experiences and never really divulged any details. General Sharp reflected, “I wish I had a better understanding on how things went and how he was able to prepare, lead, and fight in a war at such a young age.” He went on to say, “When I retired, I vowed that I was going to continue to do everything I could … to strengthen the ROK-U.S. Alliance and honor those who had served in Korea.”

True to his word, General Sharp honored the legacy of his father and other Korean War veterans after his retirement by speaking on their behalf. He also played a crucial role in forming the Korean Defense Veterans Association (KDVA), becoming the first chairman and president of the organization. These organizations are important because they provide a platform for the importance of the ROK-U.S. Alliance and for veterans to share their experiences and others to learn from them
. 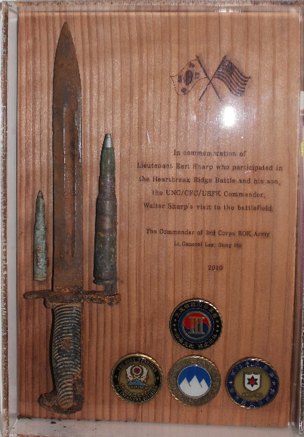 Photo Caption: This bayonet was presented to General Sharp by the 3rd ROK Corps during his visit to where his father fought in the Korean War. 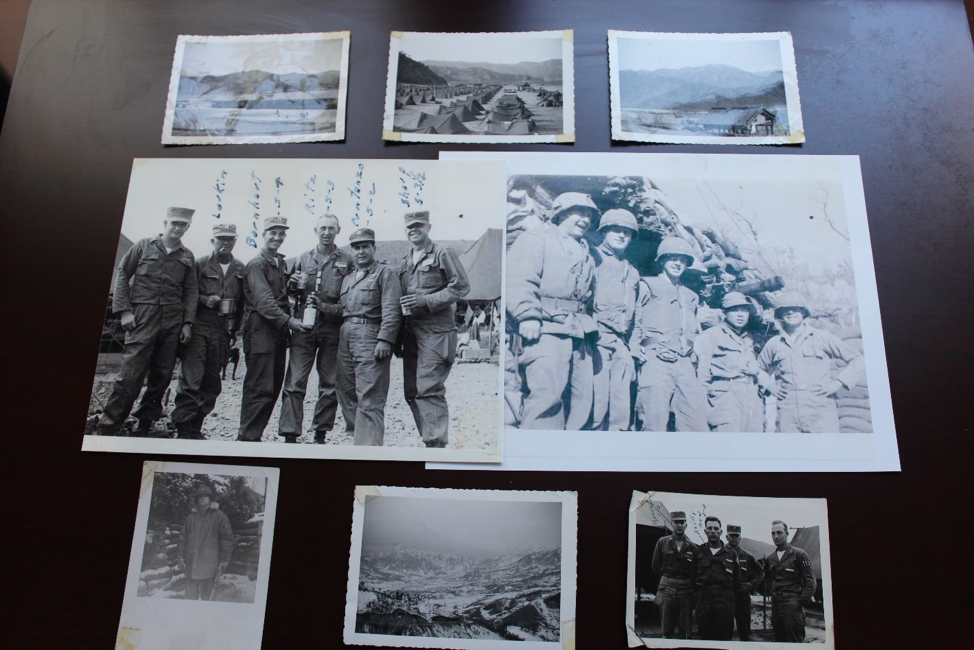 Photo Caption: Pictures of General Sharp’s father, then-Lieutenant Earl “Bill” Sharp, with the 40th Infantry Division during the Korean War in 1952 to 1953.

Your ticket for the: The Sharp Family Story