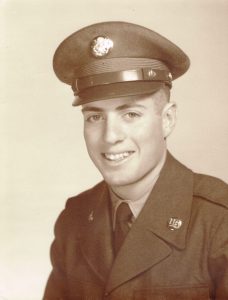 My uncle Sergeant Anthony L. Langone (pictured left) was a member of Company L, 27th Infantry Regiment, 25th Infantry Division. He enlisted in the United States Army at the tender age of 18 on June 21, 1949, leaving the family farm to become a sergeant. Uncle Tony wrote home quite often. In a letter from my uncle written on September 2, 1950 and received on September 12, 1950 by my grandparents, he stated that he had been in battle for 14 days and 14 nights, sleeping in foxholes and advancing against the disadvantages of the monsoon swept country. He was about 12 miles south of Taegu and anticipated an order to move up in the big offensive.

Sadly, he was killed in action on September 15, 1950 at Sobuk-Sun in South Korea at the age of 19. For his leadership and valor, he was posthumously awarded the Silver Star and
Purple Heart.

My grandparents and their seven other children went to Woburn, Massachusetts City Hall where the Silver Star would be presented in a somber ceremony to my grandfather. I often wonder what would have become of my uncle had he survived, and I wish I had had the chance to know him. I come from a very proud patriotic military family. My grandfather Louis Langone enlisted in the U. S. Army during World War I. Four of my uncles fought in World War II, my dad in Korea as well as cousins who served in the Navy and a nephew who served in Afghanistan. 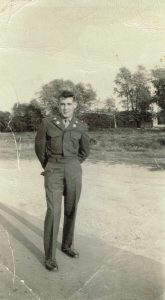 My father, Private Jeremiah J. Langone (pictured left), was a Korean War veteran too. After receiving the news of my uncle’s death, my father wanted to enlist in the Army. Both he and my uncle were very close, being only one year apart in age.

The news of Tony’s death was devastating to him. My grandfather insisted he finish high school first and if the war was still on, he could enlist. In 1953, my father enlisted in the U. S. Army. He was ready to go to Korea.

I can’t imagine what it must have been like to lose a son and then have another want to go in his place. I think my grandmother may have breathed a rather large sigh of relief when they found out my father was not going to Korea. The Army would not send him to Korea due to the loss of his brother.

Instead, my dad was sent to Germany for the remainder of the war. My father always wanted to do something to honor his brother. In 2002, the “Sergeant Anthony L. Langone Square” was dedicated at the corner of East Nichols and Main Street in Woburn, Massachusetts in honor of his memory and service to his nation. He worked on this project for many years before it would come to fruition.

Some years later, my father was asked to be on the committee of the Friends of Woburn Veterans. The “Friends of Woburn Veterans” is a group of volunteers established in October 2011 to support various veteran’s projects throughout the city of Woburn. He was fortunate to work on several projects with the group. The first was the All Wars Woburn Honor Roll Wall located on the Woburn Common honoring those who served and sacrificed their lives from the city. He also had a roll in the Military Flag Memorial which was dedicated on November 2, 2019 in North Woburn in memory of S/Sgt. John M. Ferullo.

Sadly, my father did not get to see the completion of the Military Flag Memorial project. We lost him several days later to cancer.

One thing my father taught me was to always respect the flag. He loved this country and always showed his respect for the flag. As a young girl, I always marveled at how he would take his hat off and hold it over his heart at parades when the American flag went by. So, when the flag goes by no matter where I am, I stand with my hand over my heart. I don’t think there are any other colors as beautiful as red, white, and blue.

Freedom is not free. Members of my family fought and one in particular gave his life freely for our freedom. These men are true American heroes in my mind. I thank them and all the men and women who have fought, continue to fight, and those who gave their lives and their service to our country so we can live freely. 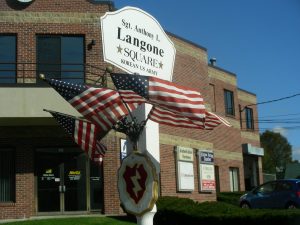 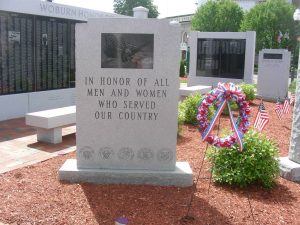 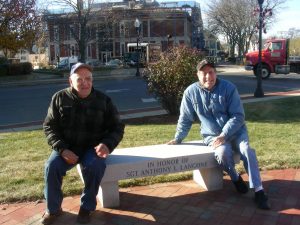 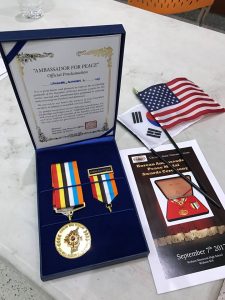 Your ticket for the: The Langone Family