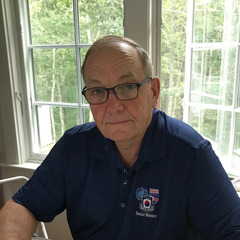 Upon retirement from the Army in 2010 as a Lieutenant-General, joined WILL Interactive as VP. WILL is a for-profit, woman owned, small business located in Potomac MD. WILL creates interactive training movies that influence human decision-making in support of both Department of Defense as well as private sector organizations to include the National Football League Players Association, Health Care, Veterans Administration and others. Effective 1 January 2016 transitioned from VP to a Special Advisor for WILL Interactive. Served as a Secretary of the Army appointed Senior Mentor/Highly Qualified Expert to US Forces Korea in support of Korean Theatre Defense training exercises January 2011 thru August 2016.This appointment will be completed in August 2016. Joined the Acushnet Holdings Corporation (Titleist, FootJoy) as a Board of Directors member October 2016 and currently serve as the Chair of the Nomination and Governance Committee.

Happily married 42 years with three grown children and three grandchildren. An avid outdoorsman, I particularly enjoy fishing and fly tying for both salt and fresh water. I also enjoy boating, kayaking, and golf. Actively participate in programs to support Wounded Warriors and Veterans. Both my wife and I are originally from Chicopee Massachusetts and are in the process of establishing year round residence in Brewster Mass, on Cape Cod.

Your ticket for the: Lt. Gen. (Ret.) David Valcourt