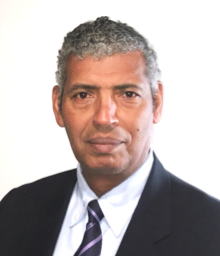 Vincent K. Brooks.  General (Retired) Vincent “Vince” Brooks is a career Army officer who served in the U.S. Army for over 42 years, from his entry into West Point in 1976 until his retirement from active duty in 2019 as a four-star general.  Brooks spent his final seventeen years as a general officer and in nearly all of those years in command of large, complex military organizations in challenging situations.  Most recently, from 2016 until his retirement, he was the commander of all Korean and United States forces in the Republic of Korea.  In the two positions prior to Korea he served as the commander of all United States Army forces throughout the Indo-Asia Pacific region from 2013 to 2016 during the strategic rebalancing to Asia, and as the commander of all United States Army forces in the Middle East and Central Asia from 2011 to 2013 during the reduction of forces in Iraq and the buildup of forces in Afghanistan as well as the phenomenon known as “the Arab Spring.”

During his tenure in the Army, he gained uncommon experience in leading through complex, ambiguous situations with significant national security interests and risks at stake.  In retirement, he applies these experiences in the numerous activities in which he is involved.  He is a combat veteran.

General Brooks serves as a Director for three public boards (Diamondback Energy Inc., Jacobs Inc., and Verisk Analytics Inc.); and two non-profit boards (Vice Chairman of the Gary Sinise Foundation, and Chairman and President of the Korea Defense Veterans Association).  General Brooks is also a Consultant Principal with WestExec Advisors, a visiting Senior Fellow at Harvard Kennedy School’s Belfer Center for Science and International Affairs, and a Distinguished Fellow at the University of Texas with both the Clements Center for National Security and the Strauss Center for International Security and Law.

Your ticket for the: Gen. (Ret.) Vincent K. Brooks