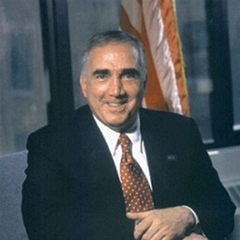 General John H. Tilelli, Jr. retired on January 31, 2000 from the United States Army after over 30 years of service.  General Tilelli’s last active-duty assignment was Commander-in-Chief of the United Nations Command, Republic of Korea/United States Combined Forces Command/United States Forces Korea. During his time in Korea, he commanded the largest standing joint and coalition force in the world comprising over 650,000 soldiers, sailors, airmen and marines. In addition, he led the theater’s campaign strategy and revitalized Korea’s automated command and control and equipment modernization.

General Tilelli’s military career includes serving as Vice Chief of Staff of the Army and the Army’s Deputy Chief of Operations during which he led the Army’s vision of the Army of the 21st Century and implemented reforms in acquisition and procurement.  He was also the commander of the 1st Cavalry Division, Fort Hood, Texas.  He trained, deployed, and fought with the Division in Operation Desert Shield and Desert Storm.

Upon his retirement from the United States Army, General Tilelli was appointed as President and Chief Executive Officer of the USO Worldwide Operations.  He had the responsibility for the operation of over 122 USO operations around the world in support of our servicemen and women and their families. General Tilelli led and served on other senior panels related to defense issues. Currently, General Tilelli is employed with Cypress International Inc. in Alexandria, Virginia, as Chairman and Chief Executive Officer – Emeritus. He served as the former Vice Chairman for Korea Defense Veterans Association and is currently serving on the KDVA Council of Advisors.

Your ticket for the: Gen. (Ret.) John Tilelli