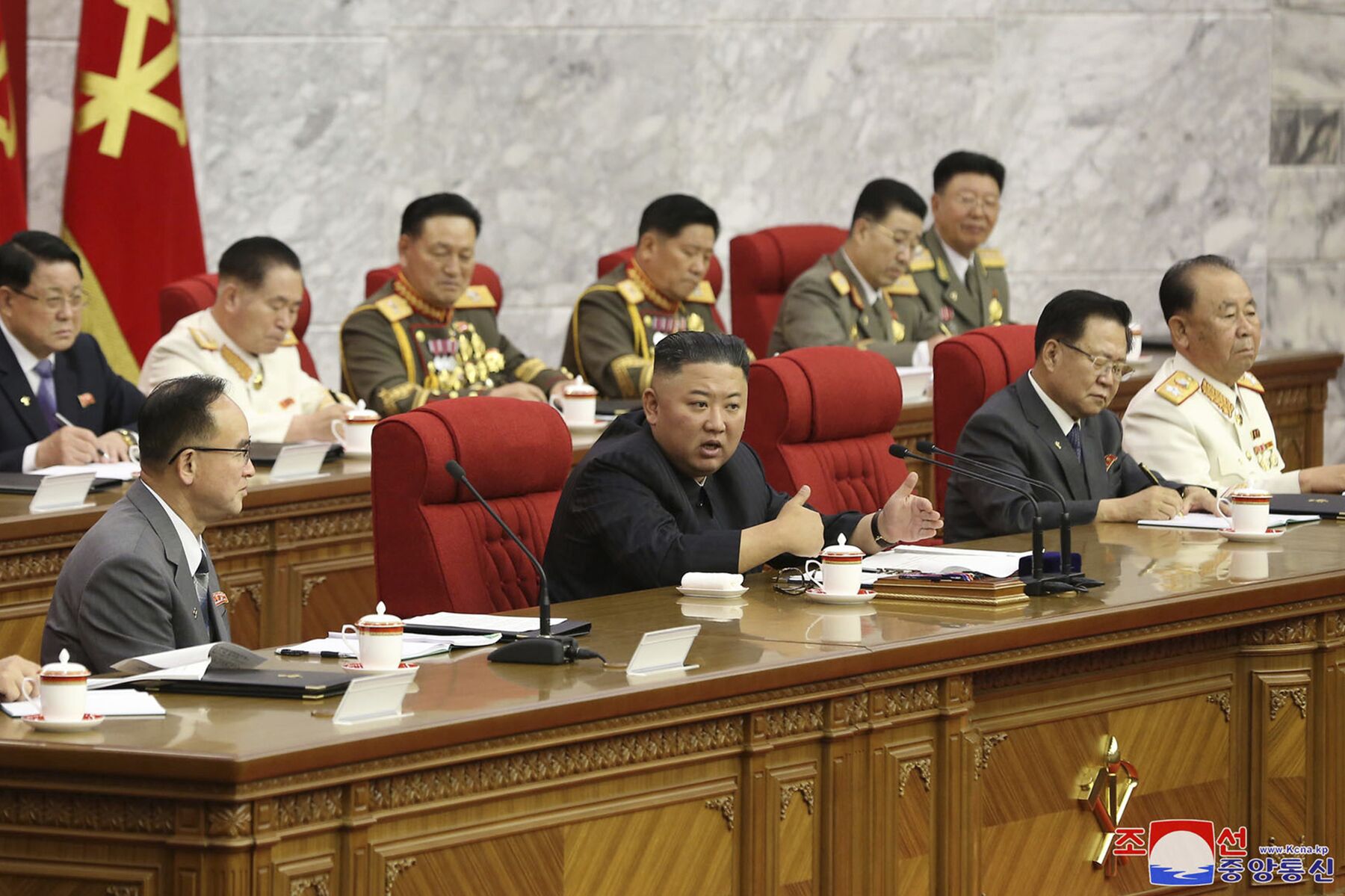 North Korean leader Kim Jong Un said he’s ready for “both dialogue and confrontation,” offering an opening for talks as U.S. President Joe Biden’s new nuclear envoy heads to the region to build support for a strategy toward Pyongyang.

The comments, made in a plenary meeting of the Central Committee of his ruling Workers’ Party of Korea on Thursday, are the first high-level suggestion of talks since Biden replaced Donald Trump, who met Kim three times. Pyongyang has so far rebuffed Biden’s requests for dialogue as a “time-delaying trick” and lambasted the U.S. president’s comments that were critical of North Korea’s arms buildup.

Shares of companies expected to benefit from better ties between North Korea and South Korea rallied Friday morning in Seoul on the news. Biden’s special representative for North Korea, Sung Kim, is due to hold talks with his counterparts from Seoul and Tokyo on Monday during his visit.

But Kim also tempered the remarks with a call for the country to “get fully prepared for confrontation in order to protect the dignity of our state and its interests,” according to a Friday report from the official Korean Central News Agency. The message follows a pledge from Kim made at the start of the year to develop more advanced nuclear technology.

Biden hosted Japanese Prime Minister Yoshihide Suga at the White House in April and South Korean President Moon Jae-in in May, the first foreign leaders to be invited to his official residence. The visits signaled the importance he places on his country’s relationship with the two allies, which together host the bulk of U.S. troops in Asia. Moon has been pressing the U.S. to resume stalled nuclear negotiations with Pyongyang.

She said the message from the North Korean leader won’t do much to change Biden’s approach but it could offer encouragement to the Moon administration, which has been “dangling carrots before Kim to entice the North Koreans to return to the dialogue table.”

“Kim will only grant dialogue to the U.S. and South Korea when his conditions are met,” Soo Kim said.

The North Korean leader has shown no interest in resuming nuclear talks that could offer relief from sanctions choking his state’s economy. North Korea has been finding ways to dodge sanctions through cybercrimes and illegal trade from ship-to-ship transfers on the high seas, according to reports made to the United Nations Security Council.

Still, his country is feeling the pinch. North Korea’s economy will barely grow in 2021 after its worst contraction in decades as it continues to struggle with the pandemic, international sanctions to punish it for its nuclear and missile testing, and a lack of trade with its main benefactor, China, Fitch Solutions said in April.

China believes “the situation on the Korean peninsula is facing new tensions,” Foreign Ministry spokesman Zhao Lijian said at a regular briefing in Beijing Friday, calling on the parties “to grasp the opportunity and work for the gradual de-escalation of the situation.”

North Korea tested two short-range ballistic missiles in March, the first since Biden took office. It has so far refrained from the type of provocations it used when Barack Obama and Trump began their presidencies, which included nuclear tests and long-range missile launches.

The North Korean leader appears to be focused on taking care of internal matters for the time being rather than ratcheting up regional tensions through military provocations, South Korean Defense Minister Suh Wook told parliament this month.

Earlier in the week at the same political meeting, Kim Jong Un made a rare admission that the food situation at home was “growing tense,” due to typhoons last year that wiped out crops. The comments underscored farm-sector shortfalls that have left 40% of the population undernourished by World Food Program estimates, and made worse by his decision to close borders to prevent Covid.

While Kim was talking with Trump, he was busy adding to his stockpile of fissile material and missiles that can deliver warheads to the U.S. and its allies, increasing his leverage for when disarmament talks resume. Despite economic hardships, Kim has pressed ahead with a nuclear arsenal that North Korea has long said prevents a U.S. invasion.

Trump’s former envoy for North Korea, Stephen Biegun, said in an interview this month with the Arms Control Association that he believes a negotiated settlement with Pyongyang is possible.

Biegun sees the Biden policy as a continuation of what his team was looking for, which is “an agreement on a path toward denuclearization with a certain endpoint that is complete denuclearization but that we can structure along the way with some flexibility.”

— With assistance by James Mayger

Your ticket for the: Bloomberg – North Korea’s Kim Jong Un Opens Door for Dialogue With Biden